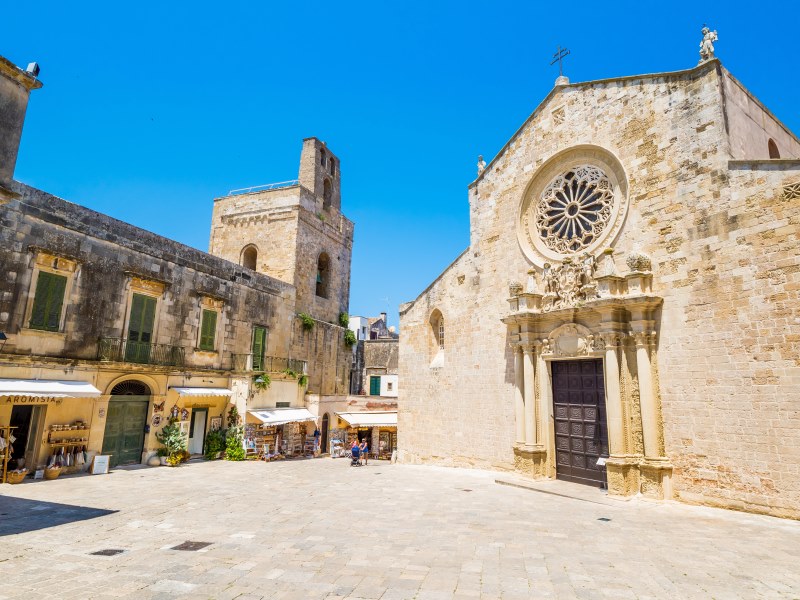 Is it possible to visit a place in just one day? At first it might seem unlikely, but as we will see, with the right strategy and with a focus on the attractions to visit, the ultimate goal is absolutely possible.

The purpose of this guide is to create an itinerary to follow in order to visit, in a single day, one of the pearls of Salento: Otranto.

The city of Salento is the easternmost point of the Italian peninsula and is characterized, not only by paradisiacal beaches, but also by places rich in history and culture. Otranto, currently, has about 5000 inhabitants who, thanks to their warmth and their availability, have made this city one of the nerve centers of tourism in the entire Salento.

Thanks of its strategic location on the Adriatic Sea, Otranto has always been one of the most coveted targets for the populations that invaded our peninsula over the centuries.

This Salento city has known the Greek, Roman, Byzantine, Lombard, Angevin, Ottoman and French domination. The passage of these civilizations is, still today, witnessed by the presence of monuments and works.

The constant invasions forced the people of Otranto to build a real fort. In fact, the ancient village of Idruntino, which can be accessed through the Porta Alfonsina, is protected by solid defensive walls.

The castle and the most beautiful cathedrals: the historic center of Otranto

One of the greatest testimonies of Otranto’s military past can be found in the imposing Aragonese Castle, designed by the architect Ciro Ciri and built between 1485 and 1498, at the behest of Fernando I of Aragon. The castle, characterized by a pentagonal plan and surrounded by a protective moat, is certainly one of the most beautiful attractions to visit in Otranto.

The square where the Aragonese Castle stands is the point of origin of many alleys that weave the spectacular ancient village of Otranto and, walking inside, you will have the wonderful feeling of being back in time.

A few steps from the Castle we find the Cathedral of Santa Maria Annunziata, the protagonist of one of the most important historical events: the massacre of the Orthodox martyrs. In 1480, during a violent invasion by the Saracens, 800 people took shelter inside the Cathedral. When they refused to convert, the invaders decided to carry out a bloody vengeance and, even today, the remains of the brave inhabitants of Otranto who opposed it, rest inside the Chapel of the Martyrs, located right in the Cathedral itself.

Another religious structure to keep in mind is the Church of San Pietro. This building, built according to the canons of Byzantine architecture, is famous for the frescoes kept inside. We speak of the oldest church in the city that owes its name to the belief, according to which, Saint Peter himself during his pilgrimage to Rome, made a stop in Otranto.

The influence of Christian culture and tradition is really evident, considering all the other delightful churches that enrich the city: The Church of Santa Maria dei Martiri and the Church of Madonna dell’Altomare definitely deserve to be included in our guide.

The beauties of Otranto are not only limited to the ancient village and to all the historical buildings. In fact, precisely because of its particular geographical position, the city of martyrs offers truly unparalleled natural landscapes.

For example, moving a few kilometers north, on the coastal portion, you can admire the beautiful Baia dei Turchi that, as suggested by the name, was the place where the invading soldiers landed.

The two Alimini lakes, one of fresh water and one of salt water, can be another very valid destination, if you are looking for natural scenarios like this. However, one of the most famous scenarios that you should definitely not give up is the Bauxite Quarry.

Located near the lighthouse of Punta Palascia and Monte Sant’Angelo, the quarry is an old mine characterized by the presence of a lake where the color of the water, similar of an emerald, along with the red walls of the quarry, creates a truly impressive landscape. 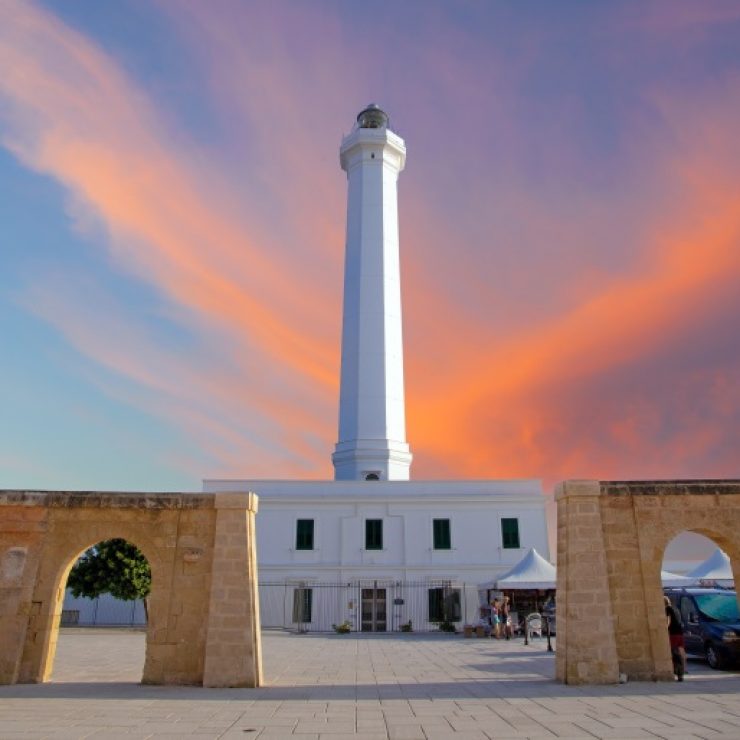 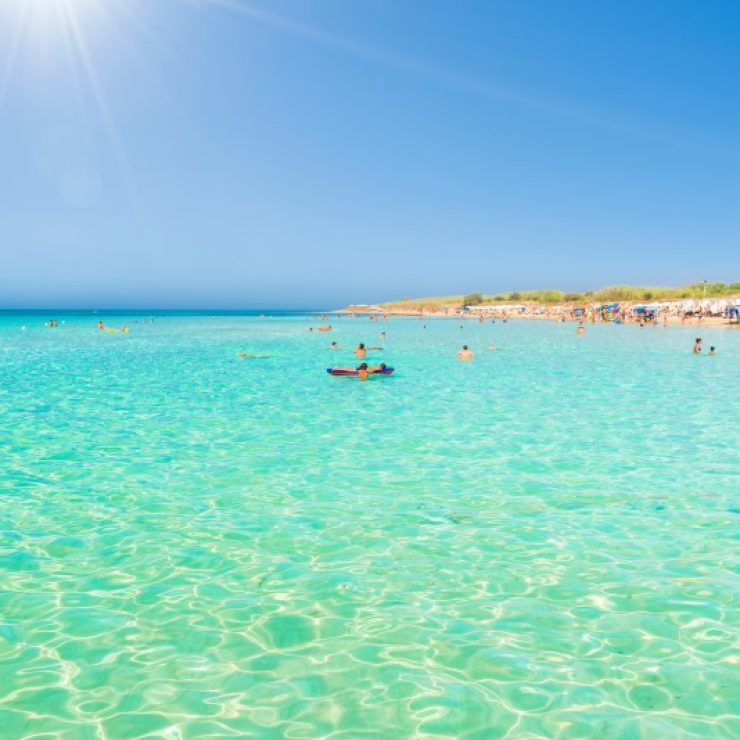 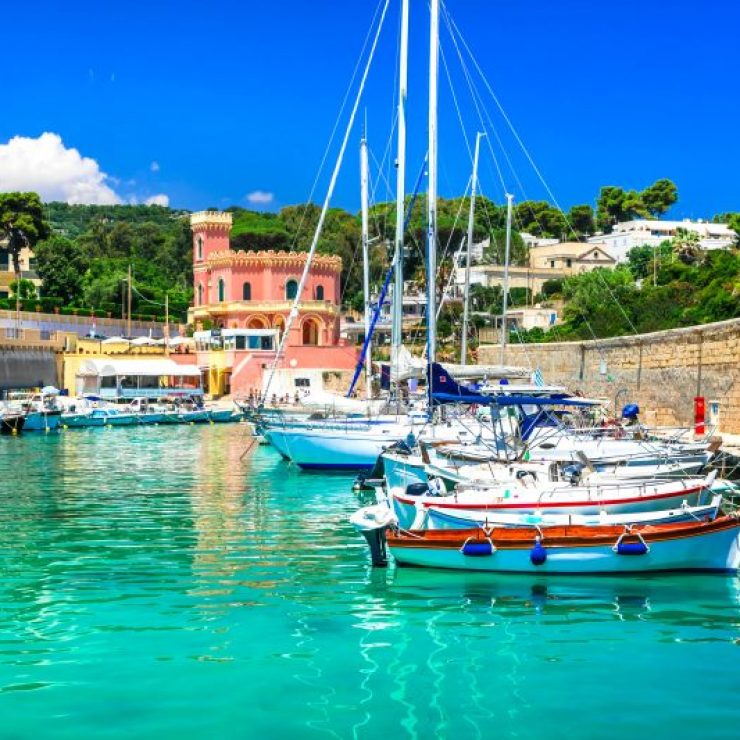 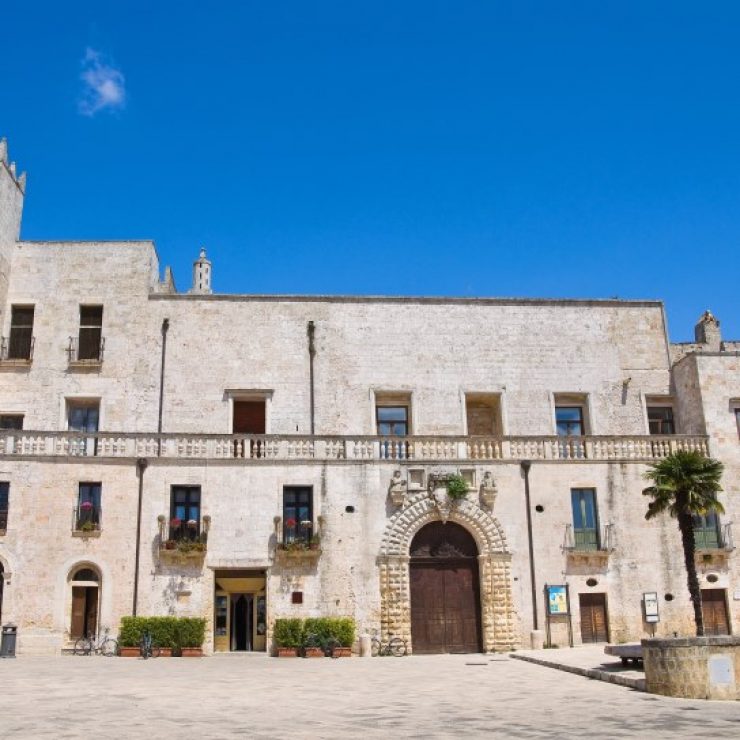